Discussion thread for Personality and Its Transformations - Lecture #22 study group discussion Discussion as part of our Jordan B Peterson Study Group.

Forgiveness is the intentional and voluntary process by which a victim undergoes a change in feelings and attitude regarding an offense, and overcomes negative emotions such as resentment and vengeance (however justified it might be). Theorists differ, however, in the extent to which they believe forgiveness also implies replacing the negative emotions with positive attitudes (i.e. an increased ability to wish the offender well). Forgiveness is different from condoning (failing In certain contex... 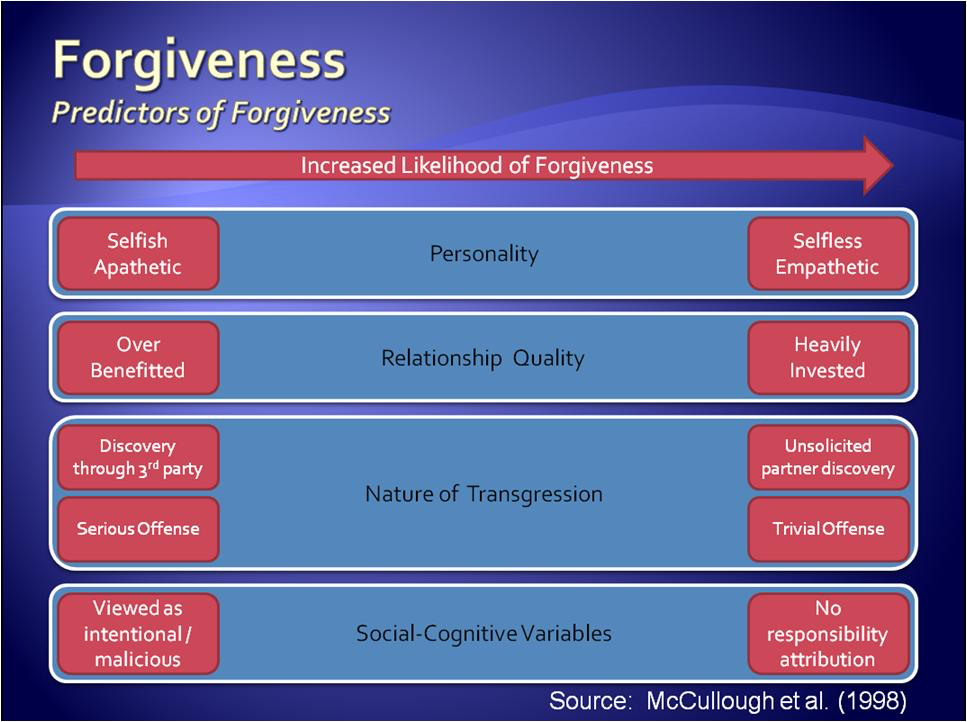