2020-06-15: Dynamics of political instability in the United States

This article describes and analyses a database on the dynamics of sociopolitical instability in the United States between 1780 and 2010. The database was constructed by digitizing data collected by previous researchers, supple- mented by systematic searches of electronic media archives. It includes 1,590 political violence events such as riots, lynchings, and terrorism. Incidence of political violence fluctuated dramatically over the 230 years covered by the database, following a complex dynamical pattern. Spectral analysis detected two main oscillatory modes. The first is a very long-term – secular – cycle, taking the form of an instability wave during the second half of the 19th century, bracketed by two peaceful periods (the first quarter of the 19th century and the middle decades of the 20th century, respectively). The second is a 50-year oscillation superimposed on the secular cycle, with peaks around 1870, 1920, and 1970. The pattern of two periodicities superimposed on each other is characteristic of the dynamics of political instability in many historical societies, such as ancient Rome and medieval and early-modern England, France, and Russia. A possible explanation of this pattern, discussed in the article, is offered by the structural-demographic the- ory, which postulates that labor oversupply leads to falling living standards and elite overproduction, and those, in turn, cause a wave of prolonged and intense sociopolitical instability. 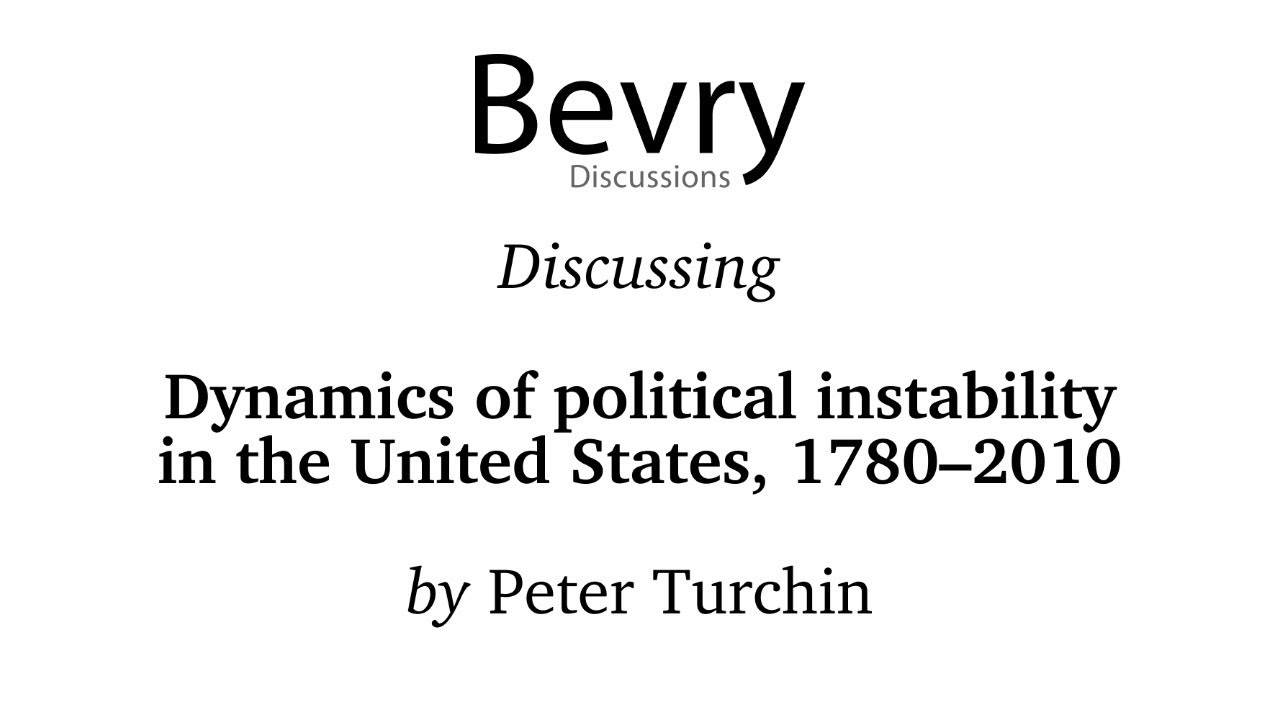 Check out the Bevry community on Discord - hang out with 85 other members and enjoy free voice and text chat.

Peter Turchin, the author of the paper we will be discussing above, replied to my tweet about this meeting, and has suggested as a follow-up, this other paper by Peter: