This article revisits the prediction, made in 2010, that the 2010–2020 decade would likely be a period of growing instability in the United States and Western Europe (Turchin 2010). This prediction was based on a computational model that quantified in the USA such structural-demographic forces for instability as popular immiseration, intraelite competition, and state weakness prior to 2010. Using these trends as inputs, the model calculated and projected forward in time the Political Stress Index, which in the past was strongly correlated with socio-political instability. Ortmans et al. (2017) conducted a similar structural-demographic study for the United Kingdom and obtained similar results. Here we use the Cross-National Time-Series Data Archive for the US, UK, and Western European countries to assess these structural-demographic predictions. We find that such measures of socio-political instability as anti-government demonstrations and riots increased dramatically during the 2010–2020 decade in all of these countries. 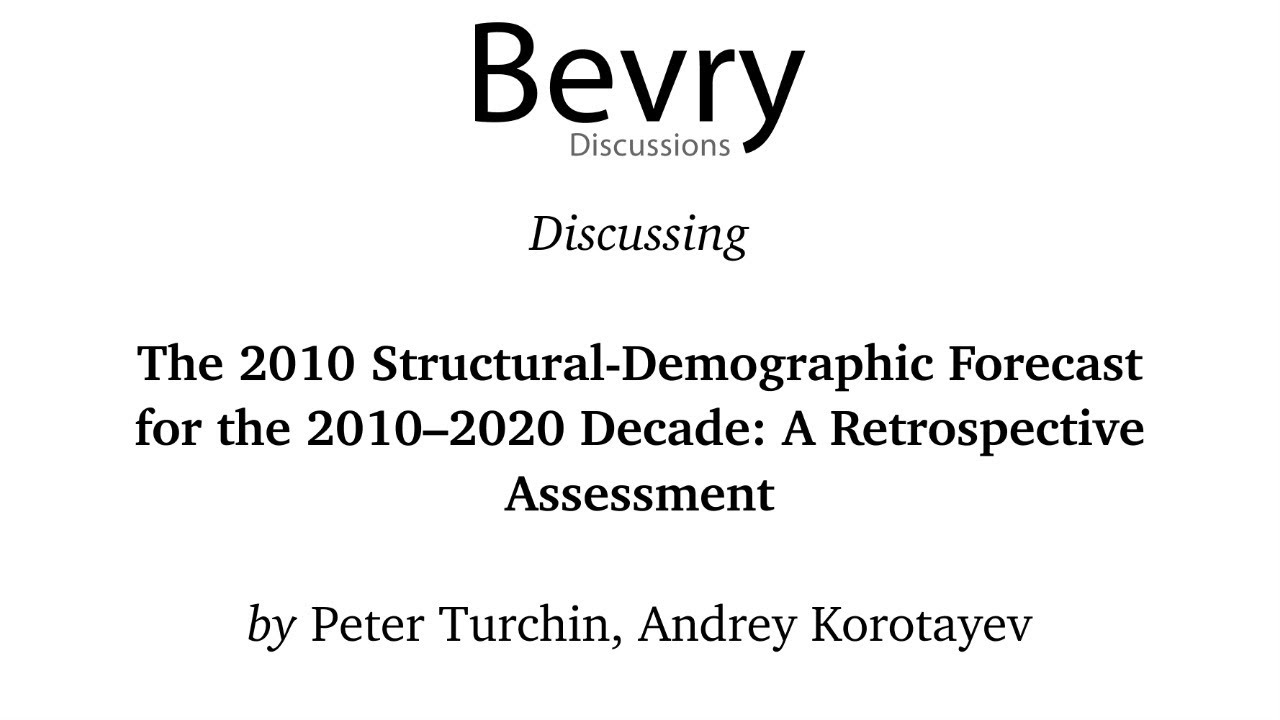 Check out the Bevry community on Discord - hang out with 90 other members and enjoy free voice and text chat.

2020-06-15: Dynamics of political instability in the United States