Discussion thread for discussion the purpose of code of conducts, and whether or not they are beneficial (to whom’s values?), or even congruent/logical.

The Contributor Covenant is a code of conduct for contributors to free/open source software projects, created by Coraline Ada Ehmke. The Contributor Covenant is used in prominent projects including Linux, Ruby on Rails, Swift, Go, and JRuby. Relevant signers include Google, Apple, Microsoft, Intel, Eclipse and GitLab. Since its initial release as an open source document in 2014, its creator has claimed it has been adopted by over 40,000 open source projects. In 2016 GitHub added a feature to s... 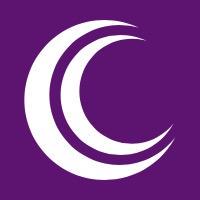 Pledge your respect and appreciation for contributors of all kinds to your open source project. - ContributorCovenant/contributor_covenant 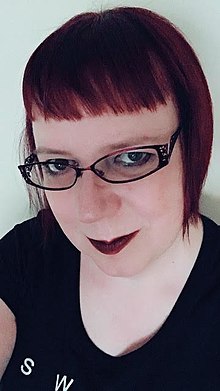 Coraline Ada Ehmke is a software developer and open source advocate based in Chicago, Illinois. She began her career as a web developer in 1994 and has worked in a variety of industries, including engineering, consulting, education, advertising, healthcare, and software development infrastructure. She is known for her work in Ruby, and in 2016 earned the Ruby Hero award at RailsConf, a conference for Ruby on Rails developers. She is also known for her social justice work and activism, the crea Eh... 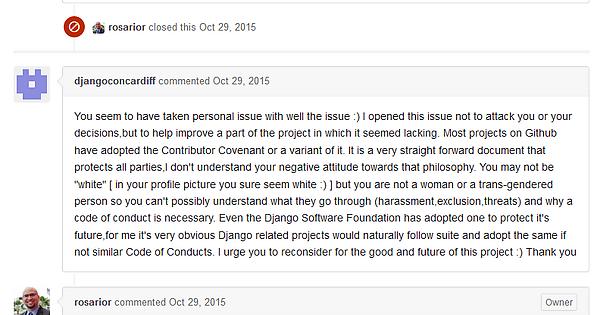 Your Code of Conduct

Facilitate healthy and constructive community behavior by adopting and enforcing a code of conduct. 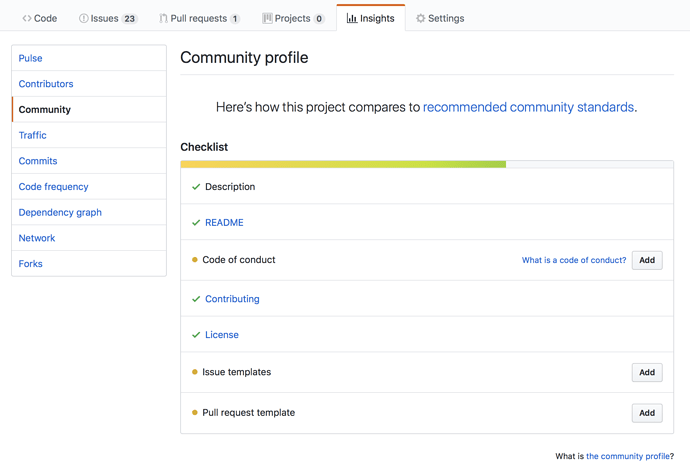 Code of Conduct: Let's revamp it. 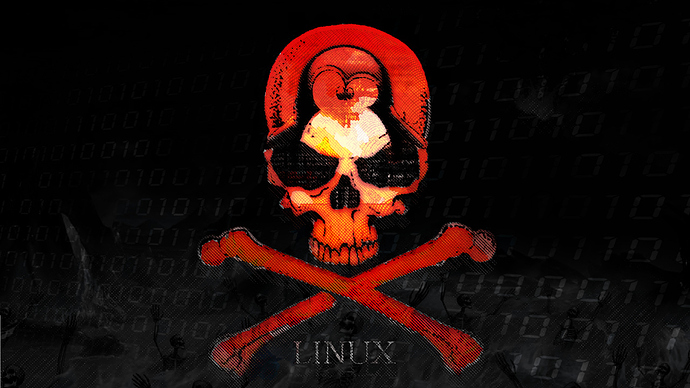 UPDATE: ESR: "threat has teeth." Most of the internet could be affected as some Linux devs threaten to rescind code in response to CoC controversy.

On holy wars, and a plea for peace

I just posted the following to the Linux kernel mailing list. Most of you know that I have spent more than a quarter century analyzing the folkways of the hacker culture as a historian, ethnographe...

tried to get added to PHP

Why Hackers Must Eject the SJWs

The hacker culture, and STEM in general, are under ideological attack. Recently I blogged a safety warning that according to a source I consider reliable, a "women in tech" pressure group has made ...

Good causes sometimes have bad consequences. Blacks, women, and other historical out-groups were right to demand equality before the law and the full respect and liberties due to any member of our ...

From kafkatrap to honeytrap

I received a disturbing warning today from a source I trust. The short version is: if you are any kind of open-source leader or senior figure who is male, do not be alone with any female, ever, at ...

tried to get added to awesome-django

On June 18 of this year a friend on IRC expressed his frustration with tweets by a person named Elia (@elia). Elia tweets frequently about…

Except that none of that is true.

Transphobic maintainer should be removed from project

Elia Schito is publicly calling trans people out for "not accepting reality" on Twitter. His Twitter profile mentions that he is...

Create a Code of Conduct

The discussion from @meh on #941 say that new contributors will be "welcome and treated with respect." A code of conduct is...

what they went with: 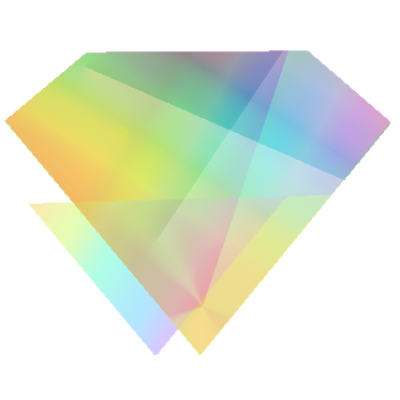 Ruby ♥︎ JavaScript. Contribute to opal/opal development by creating an account on GitHub.

tried to get it into LLVM

Back in May, I decided to leave the LLVM project, to which I was a contributor. I announced this decision in an open letter to my colleagues, which received some coverage in the technical press at the time, and a number of requests for further...

tried to get it into SQLite

they went with the Rule of Saint Benedict instead The Rule of Saint Benedict (Latin: Regula Sancti Benedicti) is a book of precepts written in 516 by Benedict of Nursia (c. AD 480–550) for monks living communally under the authority of an abbot. The spirit of Saint Benedict's Rule is summed up in the motto of the Benedictine Confederation: pax ("peace") and the traditional ora et labora ("pray and work"). Compared to other precepts, the Rule provides a moderate path between individual zeal and formulaic institutionalism; because of this middle...

Which is because it's largely unenforceable. Which means it's not a code of conduct in any meaningful way, but at best a statement of value or intention So it misses the point of CoCs as well as sending a message I and many others have issues with

which has now been changed to the Mozilla Community Participation Guidelines (which is more or less the same as the contributor covenant), the Rules of Saint Benedict one has become their “code of ethics” whatever that means

So SQLite decided to adopt a code of conduct, which is great. But they decided to adopt one that isn't practical to enforce and that excludes anyone who's not an adherent to an Abrahamic tradition. No, really: https://www.sqlite.org/codeofconduct.html …

Elixir Camp is a place for people interested in Elixir, Erlang and related technologies to gather, network, share ideas and generally have a great time.

Elixir Camp is a place for people interested in Elixir, Erlang and related technologies to gather, network, share ideas and generally have a great time. 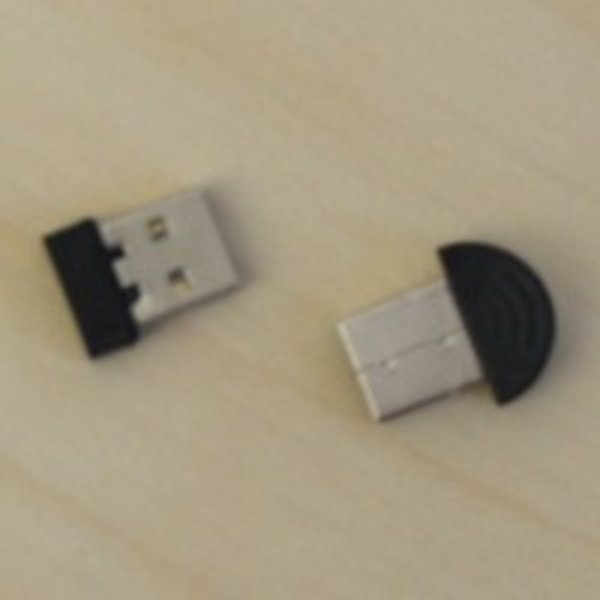 While attending the 2013 Python programming language convention PyCon on March 17th, 2013, developer evangelist Adria Richards tweeted a photo of a group of developers seated behind her during a plenary session, stating that they had been making...

In feminist theory, kyriarchy (/ˈkaɪriɑːrki/) is a social system or set of connecting social systems built around domination, oppression, and submission. The word was coined by Elisabeth Schüssler Fiorenza in 1992 to describe her theory of interconnected, interacting, and self-extending systems of domination and submission, in which a single individual might be oppressed in some relationships and privileged in others. It is an intersectional extension of the idea of patriarchy beyond gender. K Th... 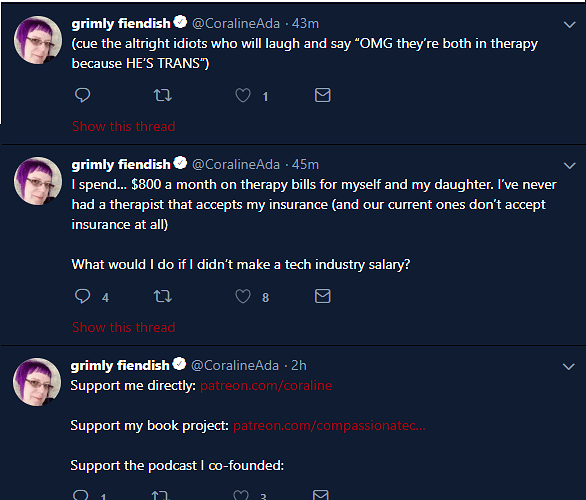 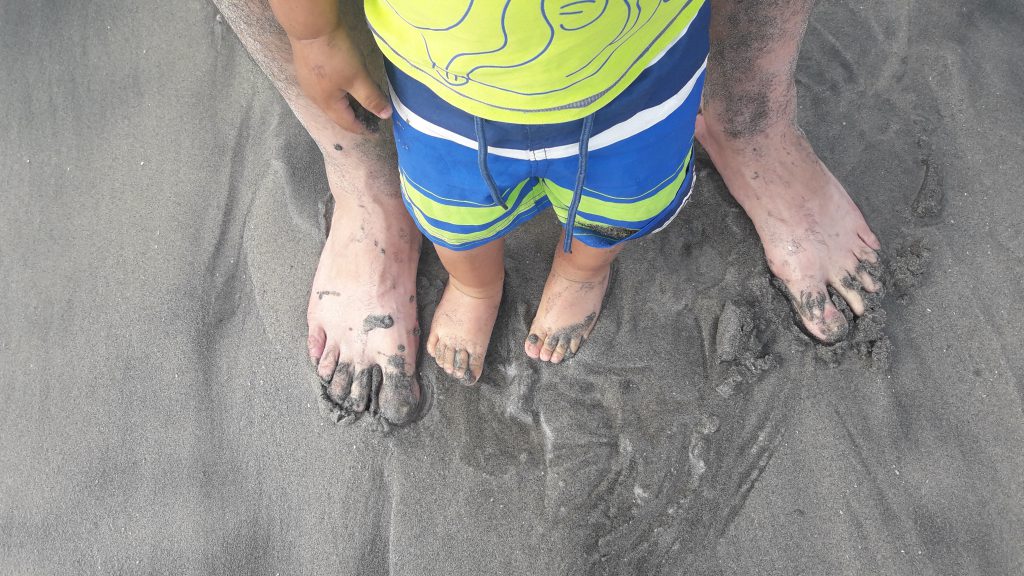 What Does Genetic Research Tell Us About Equal Opportunity and Meritocracy? -...

Editor’s note: This article was adapted from Robert Plomin’s new book Blueprint: How DNA Makes Us Who We Are. For a review of Blueprint by Gregory Cochran, see here. For a piece by Toby Young on the book, and a wider discussion of social genomics and... 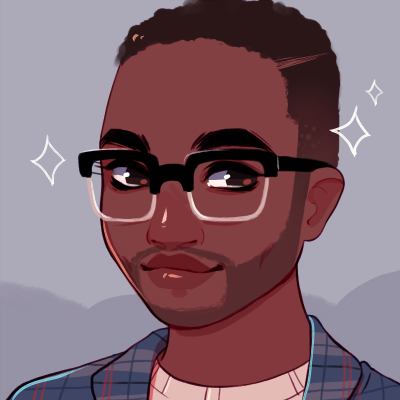 A directory of underrepresented speakers for Q&A panels/conferences/events. No more excuses. - iheanyi/speakers-who-want-a-platform

Finally, the inner sense of dignity seeks recognition. It is not enough that I have a sense of my own worth if other people do not publicly acknowledge it or, worse yet, if they denigrate me or don’t acknowledge my existence. Self-esteem arises out of esteem by others. Because human beings naturally crave recognition, the modern sense of identity evolves quickly into identity politics, in which individuals demand public recognition of their worth. Identity politics thus encompasses a large part of the political struggles of the contemporary world, from democratic revolutions to new social movements, from nationalism and Islamism to the politics on contemporary American university campuses. Indeed, the philosopher Hegel argued that the struggle for recognition was the ultimate driver of human history, a force that was key to understanding the emergence of the modern world.

While the economic inequalities arising from the last 50 or so years of globalization are a major factor explaining contemporary politics, economic grievances become much more acute when they are attached to feelings of indignity and disrespect. Indeed, much of what we understand to be economic motivation actually reflects not a straightforward desire for wealth and resources, but the fact that money is perceived to be a marker of status and buys respect. Modern economic theory is built around the assumption that human beings are rational individuals who all want to maximize their “utility”—that is, their material well-being—and that politics is simply an extension of that maximizing behavior. However, if we are ever to properly interpret the behavior of real human beings in the contemporary world, we have to expand our understanding of human motivation beyond this simple economic model that so dominates much of our discourse. No one contests that human beings are capable of rational behavior, or that they are self-interested individuals who seek greater wealth and resources. But human psychology is much more complex than the rather simpleminded economic model suggests. Before we can understand contemporary identity politics, we need to step back and develop a deeper and richer understanding of human motivation and behavior. We need, in other words, a better theory of the human soul.

Code of Conducts seem inherently & staunchly against progress. A method for a few arrogant adults, to compel their expectation of adulthood onto other adults (as if they are children) via oppression, suppression, & repression. The epitome of leftism. Halting evolutionary progress

For instance: “There will be designated all female-identifying, and male-identifying cabins, the rest of the accommodations will be on a first come first served basis. Confuses sex (chromosomes) with gender (social).” Yet compels all who attend to abide by that delusion.

Compels as: “Harassment includes, but is not limited to: Verbal comments that reinforce social structures of domination related to gender, gender identity and expression, sexual orientation, disability, physical appearance, body size, race, age, religion.” “Advocating for, or encouraging, any of the above behaviour. Anyone violating these rules will be asked to leave at the discretion of the organisers.”

People can move fast in a direction when they are forced to conform to it, I agree, at the expense of marching in the wrong direction due to feedback mechanisms being undercut for conformance to protect a subset’s (possibly mistaken) ideal. Not the way to treat adults.

Not your usual code of conduct, but I think it has legs. What are your thoughts? Will consider feedback: https://gist.github.com/balupton/471ac4e73768bb963b5b1bdd9f803c75

as a way to circumvent anti-discrimination hiring laws

As seen by the SQLite caving to the Mozilla Public License due to company pressure — as well as what happened to James Damore — and the attempted coups on maintainers that implement the Contributor Covenant (all sourced above). It seems by adopting a Code of Conduct, it allows them to fire people based on political affiliation, as then the perceived aggressor isn’t having a political difference, but they are violating the companies established code of conduct and thus the company culture and being disruptive to personnel — all would be impossible if not such measures.

Another one to add to the mix, for something that wants to be the new reddit: 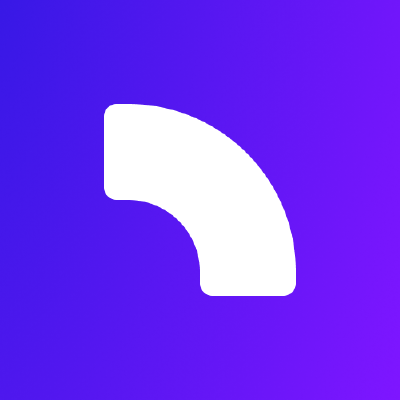 Spectrum is dedicated to providing a harassment-free experience for everyone, regardless of gender, gender identity and expression, sexual orientation, disability, mental illness, neurotype, physical appearance, body, age, race, ethnicity, nationality, language, or religion. We do not tolerate harassment of participants in any form.

In order to protect volunteers from abuse and burnout, we reserve the right to reject any report we believe to have been made in bad faith. The Spectrum team are not here to explain power differentials or other basic social justice concepts to you. Reports intended to silence legitimate criticism may be deleted without response.

Participants asked to stop any harassing behavior are expected to comply immediately.

If a participant engages in harassing behavior, the Spectrum team may take any action they deem appropriate, up to and including expulsion from all Spectrum spaces and identification of the participant as a harasser to other Spectrum community members or the general public.