DocPad can be blazing fast or horribly slow. This document will go into the various facets of DocPad performance.

Why can DocPad be slow?

What DocPad has been doing about this:

I think I may of hit the jackpot in terms of why Docpad is generating an extreme amount of memory. I’ve been looking at a heap that was generated during renderCollectionAfter using the 1000 document test site I made.

Just a quick understanding of a Heap Snapshot (for those that dont know), it’s a Graph of Nodes and is similar to that of an Adjacency List. Each node has what is known as Edges, each Edge connects to a related Node in the Graph. Each node contains details like type, memory size used etc (i wont go in to the specifics). With this information we can build a tree starting from the root object (i.e. window or global).
Each Node has a distance calculated from the root of the tree, so if we have window.someobject.myProperty then myProperty is a distance of 3 and so on…applications can get quite deep in terms of distances but nothing like what I’m seeing here. 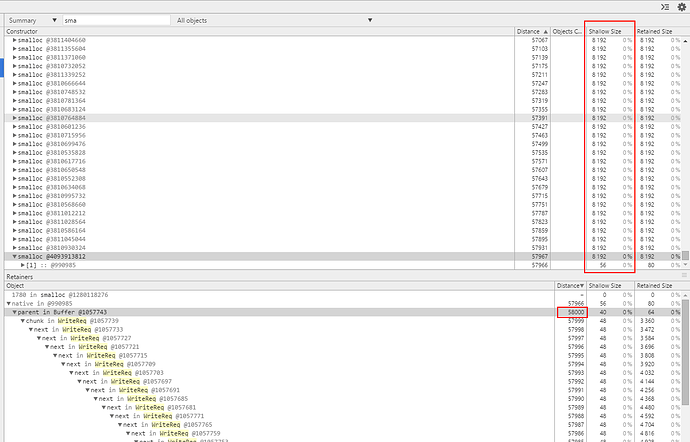 So it looks like we have a massive Buffer cascading problem during rendering. This would totally explain why we’re seeing this mass of memory and yet only rendering 76kb of files.

Now looking at a heap snapshot during writeAfter their is about 1000 smalloc entries and their sizes have dropped to around 76 bytes and distances reduced to around 10. This is just after writing 1000 files so it makes sense here.

Over the next day or two I’m going to investigate where the cascade problem starts and hopefully we can nail it.

disclaimer: Having said all this I may have the memory figure wrong, but I’m sure the cascading issue must impact on performance

Sorry I’ve found I got my memory figures wrong (it was late at night honest! haha), but there is still a cascading problem involving 58000 distant properties. It looks like the progress bar is generating the cascade and when putting docpadConfig.prompt = false it removed the cascade and knocked half the memory of the snapshot too.

I also dug in to the cpu profile flame graph and did a search for (ctrl+f) writereq to find a how it was getting called.
Here is one workflow cycle that ends up calling WriteReq

The progress bar is to blame eh?

I will try this as soon as I can. I also found out the smalloc is new in iojs so not sure if this was an existing issue prior to moving to iojs. 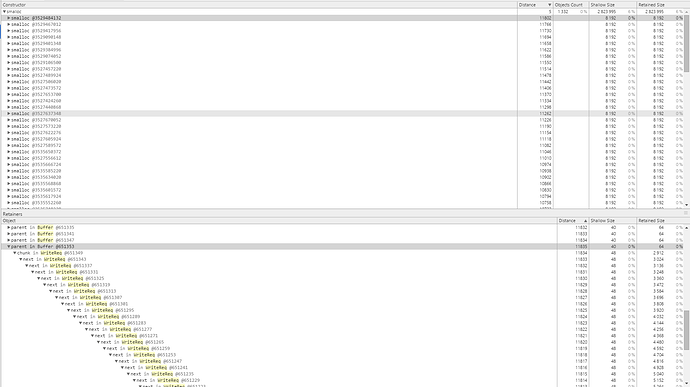 I’ve raised an issue in iojs hoping it might shed some light. Maybe a similar issue here too https://github.com/iojs/io.js/issues/1075

Note on the status updates.