Use this thread to discuss Frédéric Bastiat’s The Law 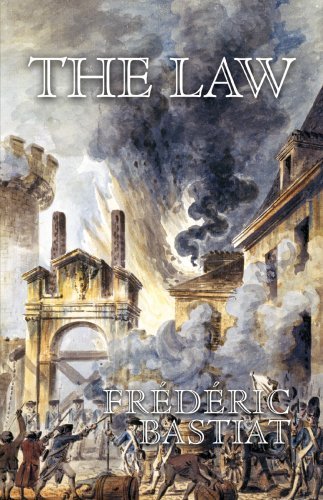 Only a few pages in, but already this stuck out to me.

So long as personal safety was ensured, so long as labor was free, and the fruits of labor secured against all unjust attacks, no one would have any difficulties to contend with in the State. When prosperous, we should not, it is true, have to thank the State for our success; but when unfortunate, we should no more think of taxing it with our disasters than our peasants think of attributing to it the arrival of hail or of frost. We should know it only by the inestimable blessing of Safety. It may further be affirmed, that, thanks to the nonintervention of the State in private affairs, our wants and their satisfactions would develop themselves in their natural order. We should not see poor families seeking for literary instruction before they were supplied with bread. We should not see towns peopled at the expense of rural districts, nor rural districts at the expense of towns. We should not see those great displacements of capital, of labor, and of population, that legislative measures occasion; displacements that render so uncertain and precarious the very sources of existence, and thus enlarge to such an extent the responsibility of Governments.

It seems from that, that Governments may create problems, just so they can solve them, often with the requirement of more power. A Government Hero Syndrome:

The hero syndrome is a phenomenon affecting people who seek heroism or recognition, usually by creating a desperate situation which they can resolve. This can include unlawful acts, such as arson. The phenomenon has been noted to affect civil servants, such as firefighters, nurses, police officers,and security guards. Acts linked with the hero syndrome should not be confused[why?] with acts of malice, for example, a punished firefighter exacting revenge or an insatiable level of excitement, as w...

Combining that with Milton Friedman’s Why Government Is the Problem (Essays in Public Policy) offers a explanation on why. 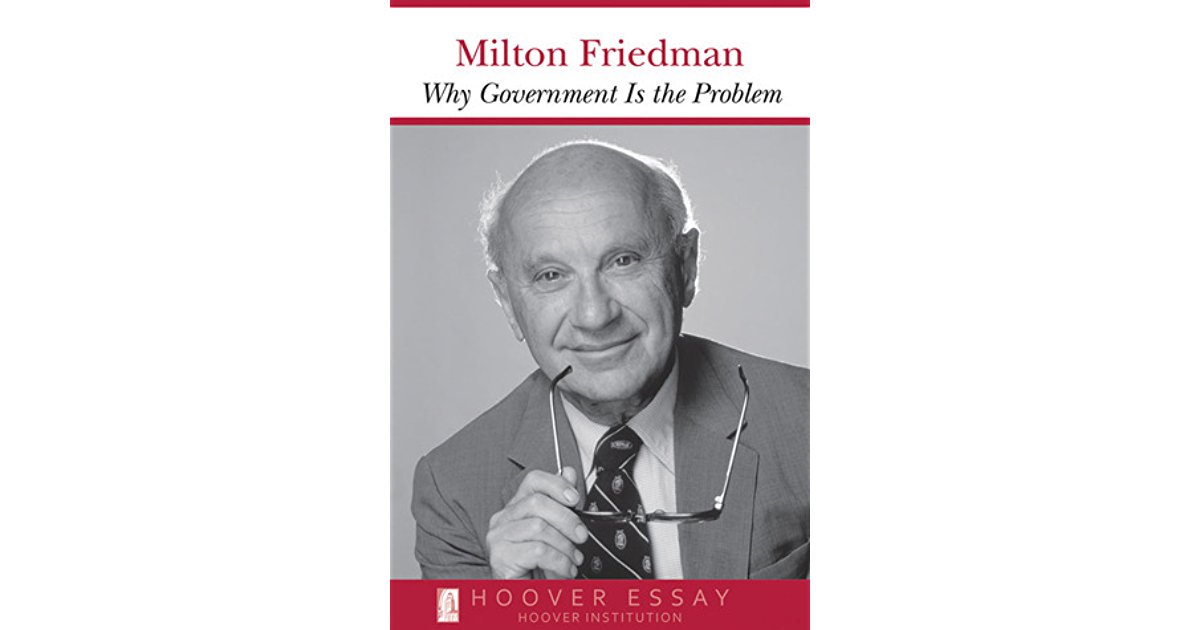 Why Government Is the Problem

Friedman discusses a government system that is no longer controlled by "we, the people." Instead of Lincoln's government "of the people, ...

Friedman outlines why Government employees have the incentive to expand the government. That expansion is the only way a government employee can satisfy their self interest. A company employee can only satisfy their self interests through market performance. If a failed initiative happens in a company, people adopt humility, learn, admit their mistakes, and move on to turn the loss into profits elsewhere, otherwise they drive it to the ground and everyone with them. In government, one doesn’t need to admit failure, as one never has to run out of money, they can always blame circumstances, a lack of funds, and seize more funds, or continuously move the problem over to another department to care about while debt accrues - bankruptcy never marks an end in government.

This fatal disposition has its origin in the very constitution of man—in that primitive, and universal, and invincible sentiment that urges it towards its well-being, and makes it seek to escape pain. Man can only derive life and enjoyment from a perpetual search and appropriation; that is, from a perpetual application of his faculties to objects, or from labor. This is the origin of property.

Now this, bhikkhus, is the noble truth of the origin of suffering: it is this craving which leads to re-becoming, accompanied by delight and lust, seeking delight here and there; that is, craving for sensual pleasures, craving for becoming, craving for disbecoming.

Now this, bhikkhus, is the noble truth of the cessation of suffering: it is the remainderless fading away and cessation of that same craving, the giving up and relinquishing of it, freedom from it, non-reliance on it.

Now this, bhikkhus, is the noble truth of the way leading to the cessation of suffering: it is this noble eightfold path; that is, right view, right intention, right speech, right action, right livelihood, right effort, right mindfulness, right concentration.[web 7]

Fire and shelter bring more enjoyment and life, than accepting hunger and the elements do.
The former eliminates suffering of you and your fellow men, as it provides progress to everyone.
The latter only eliminates your suffering, while you and your family starve sleep deprived.

But also he may live and enjoy, by seizing and appropriating the productions of the faculties of his fellow men. This is the origin of plunder.

Buddhism seems entirely invented to allow that category of person, the oppressor, usually the priest, to plunder its victims (willing adherents) as efficiently as possible.

I can understand if you do not have the capacity to act against your oppressor, then you require a coping mechanism, for instance sex slavery victims trapped inside a rape dungeon. However, in environments of agency, inaction in the face of oppression, human or elemental, is cowardice that enables the oppressing force, that is not a virtue in the slightest.

So far, I’ve only seen buddhism used as a maladaptive pissing contest for agreeable types. The arguments of benefits for them come from the practice of emotional regulation, self control, and stoicism. The benefits of a subset do not validate the superset, they only validate the subset. Just take the validated subset in isolation, and integrate it optimally into your own superset, with other things you’ve found that work. One shouldn’t throw out the baby with the bathwater, if there is a baby in the bathwater, that is to say, if there are benefits to the superset and not just the subset, but in this case, the benefits that are claimed, are just a subset that can be taken in isolation - one can have emotional regulation and self control through more optimum mediums.