Discussion thread for the movie The Boy and the Beast (2015) 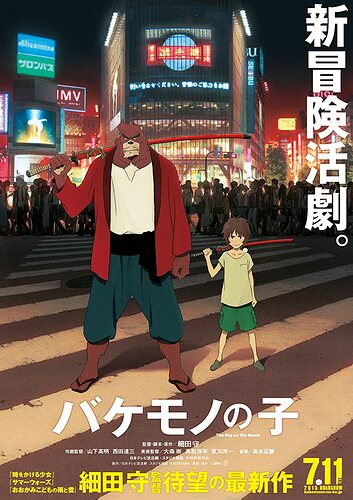 Le garçon et la bête: Directed by Mamoru Hosoda. With Kôji Yakusho, Aoi Miyazaki, Shôta Sometani, Suzu Hirose. When a young orphaned boy living on the streets of Shibuya stumbles upon a fantastic world of beasts, he's taken in by a gruff warrior...

To me this movie is the best encapsulation of Peterson’s wisdom I’ve found in shortform media.

I’ve done up a tweet storm of the biggest takeaways for me over here:

Just watched The Boy & The Beast (2015) https://t.co/aeBlOoeTvD Fantastic movie, covers - Relationship of father/society, son/potential, companion/protector - Hole in the heart of every human, how to succumb, how to overcome - Sword of the soul & focus VS nihilism & martyrdom

When one becomes possessed with self grandeur (I can do it on my own, without teacher, without help), self righteousness (I know that others are wrong and to blame), disaster ensues. We need teachers & companions, to make us strong and less weak, then to protect us from ourselves

The biggest mistakes I’ve made in my life

1. Thinking I can do it on my own — constraining my possibilities to only the horizon I could see, not the further horizons that others…

I’d love to discuss it with other people who have seen the movie. I think we could fill a 3 hour podcast discussion with this movie alone.

Here are my detailed time by time notes: